We are incredibly proud to offer two models of quality Side by Side shotguns; both high performance steel shot proofed and fit for the future of shooting. Each model is built to provide the highest standard of performance, whilst offering unique styling and features.


William Powell Side by Side Development

In early 2017, we were informed that Arrieta, our Spanish manufacturing partner, was closing. Arrieta had been building our Continental Side by Sides since 1992. We took this as an opportunity to look in detail at that range and were perhaps uniquely very conscious of the likely move to steel shot going forwards. We believed that whilst the vast majority of shotguns we would build would be Over and Unders, there was a demand for a new generation of side by sides, which were to be built to shoot High Performance steel shot. In July 2017 we started the design work. The aim was to create two guns; a boxlock and a sidelock, which handled like classic English made William Powells of years gone by, and which unlike their predecessors, would be capable of comfortably shooting both standard and High Performance steel shot cartridges, but also lead and bismuth too. They also had to offer fantastic value for money. We searched worldwide for a new manufacturing partner and met with numerous companies, establishing that there were only a very few Gunmakers who could build what we were looking for. One of these few was Battista Rizzini, based in the Brescia region of Italy. They had been building all our Over and Unders since 2010.  After many meetings, correspondence and design concepts, in the summer of 2018, we received our first prototype. The prototype was very much still in the early stages of development, but we liked what we saw. It needed some fundamental changes so as to meet our brief; which was developing affordable but beautifully handling sides by sides, “Future Proofed”.  We then had three lots of English gunmakers of great experience, adjusting and refining the actions and stocks, so as to make the Guns properly “English” in terms of looks and handling ability. Although different in appearance, finish and cost, both models would meet the same objectives, having traditional values merging with modern production techniques.

Our boxlock model known as “The Sovereign” is a very attractive gun, which does not (because it has sideplates, look like a box lock, but looks exactly the same as a much more expensive sidelock). It features deep cut scroll engraving on both sideplates. The second model is our premier side by side, a true sidelock with an even more traditional English feel. Decorated in classic rose and scroll engraving and featuring highly figured Turkish walnut woodwork. This is ‘The Viscount’. Development continued in a quest to perfect the designs. No detail was too small, and in August 2019 our hard work and dedication was rewarded, as Rizzini brought our vision to life. The first demonstrator guns arrived in the UK; a 12 and 20 bore version of the Sovereign and a 20 bore version of the Viscount, but not content, we continued to refine some features, focusing on detailed stock shapes as well as minor finishing touches to heighten the aesthetic qualities of the stocks.

Once all this was completed and we were absolutely satisfied that these guns really were fir for purpose, we launched them at the 2020 Game Fair.

On the 24th February, the Steel Shot announcement was made by the main shooting and landowning organisations, which rocked the shooting community. A further announcement was made by the National Game Dealers’ Association (NGDA) in March of that year, which was to commit their members to source all feather and fur game, as well as venison and wild boar, from lead-free supply chains from 1st July 2022. Whilst we were very aware that at some point there would be pressure to ban lead shot in the UK, hence the production of these futureproof side by sides, this has come about much quicker than we had anticipated. However, our guns are fit for purpose, and we have been perhaps the first firm to respond to these changes with a complete range of steel shot proofed shotguns, suitable for all customers and regardless of budget. 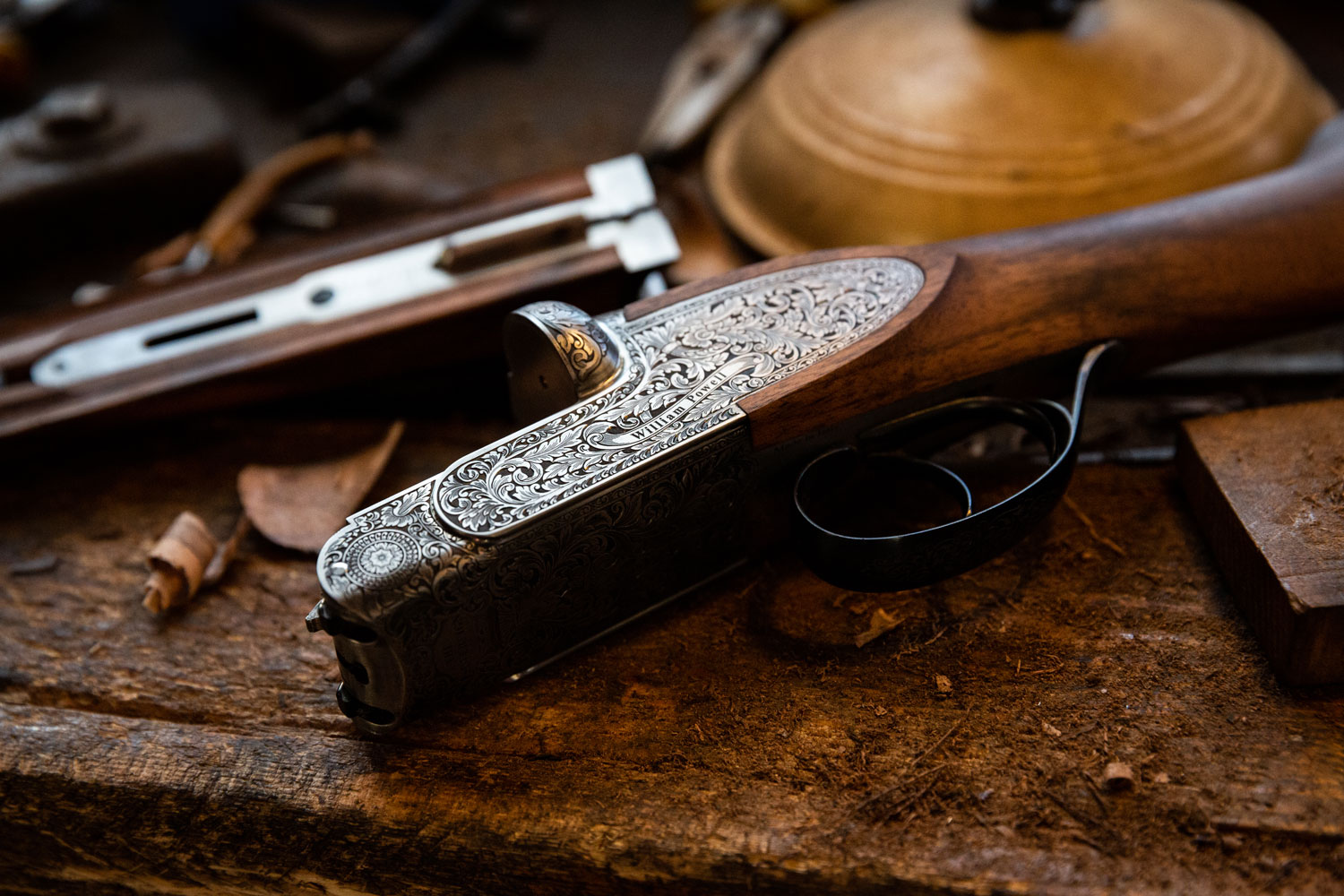 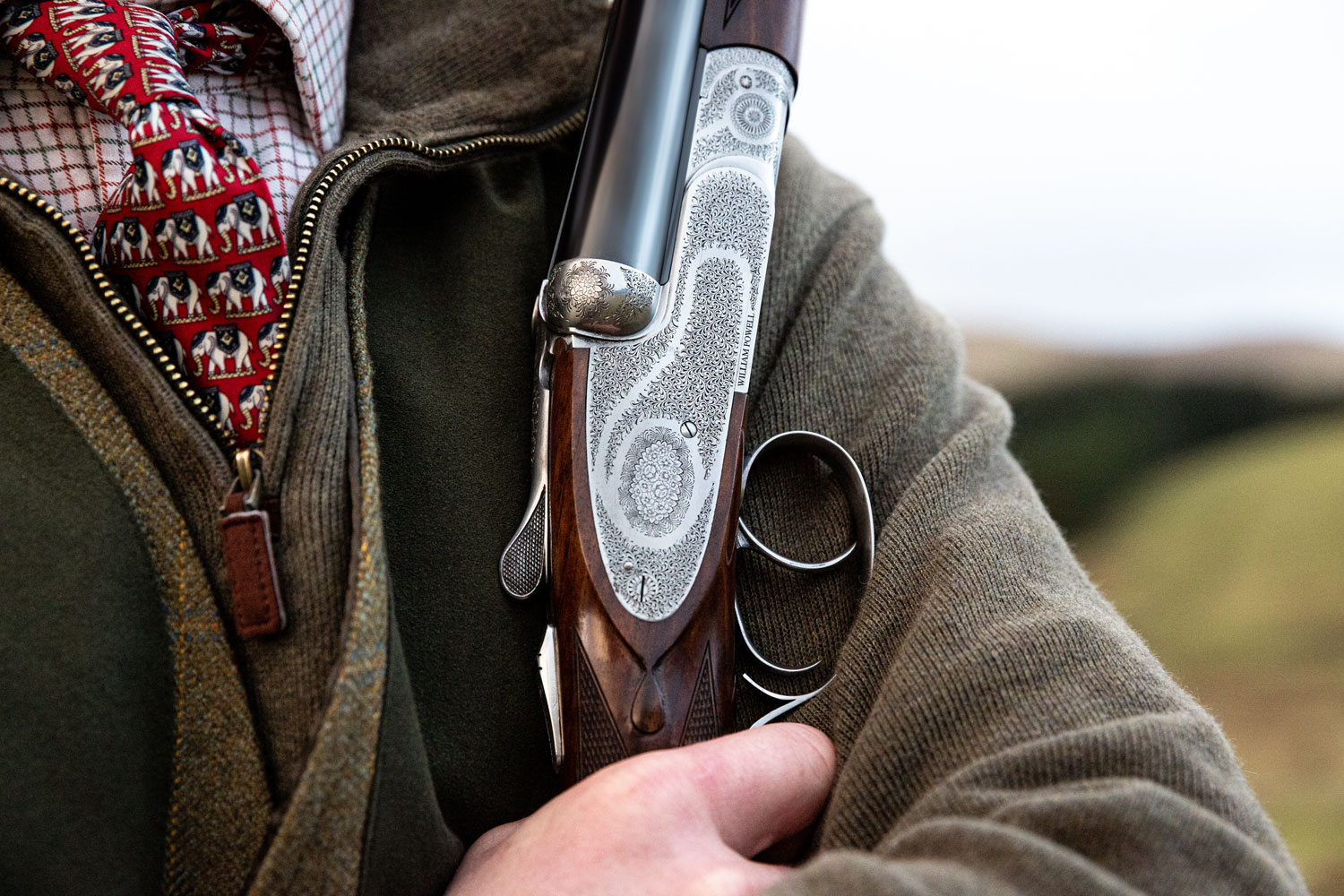 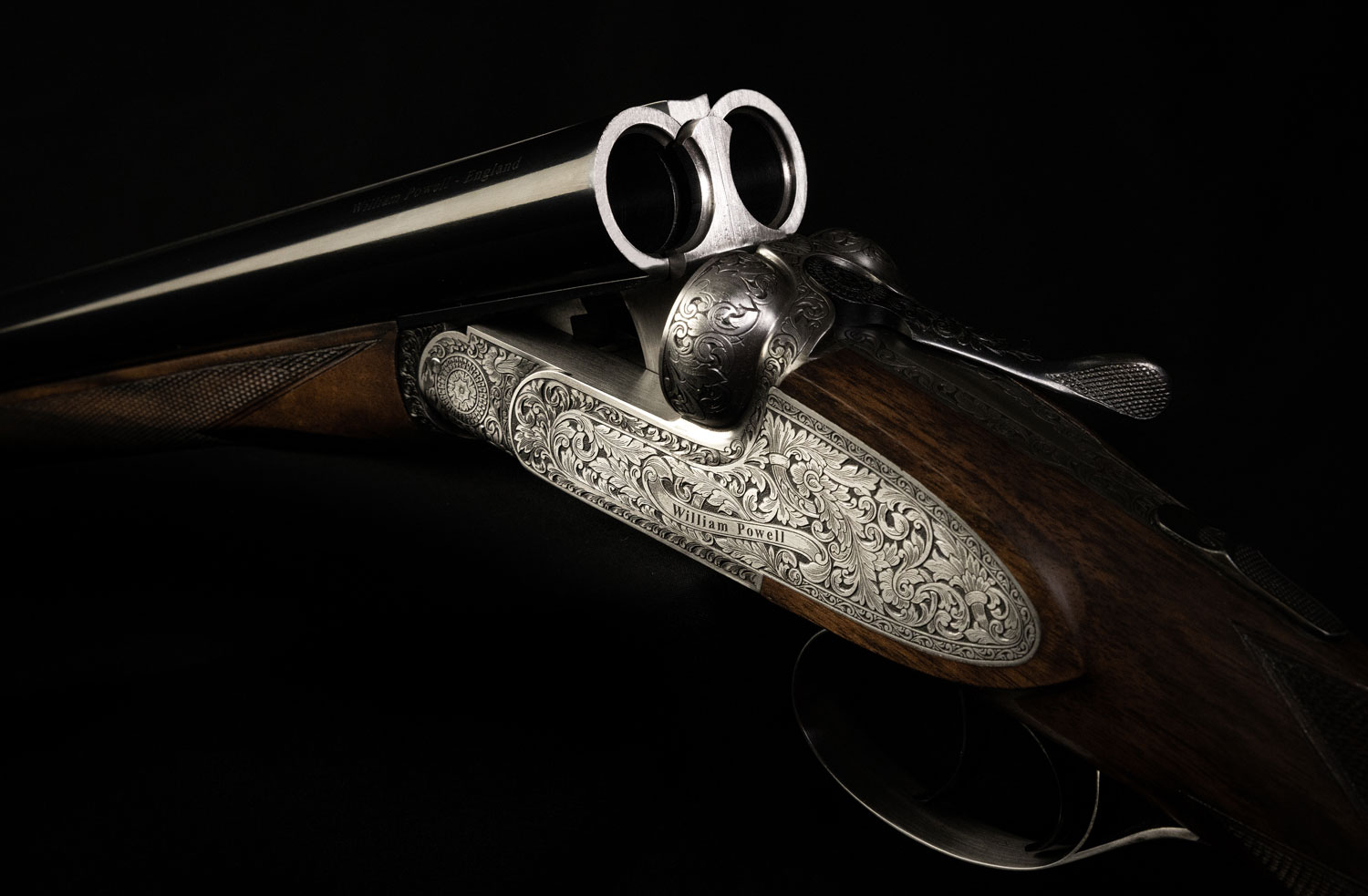 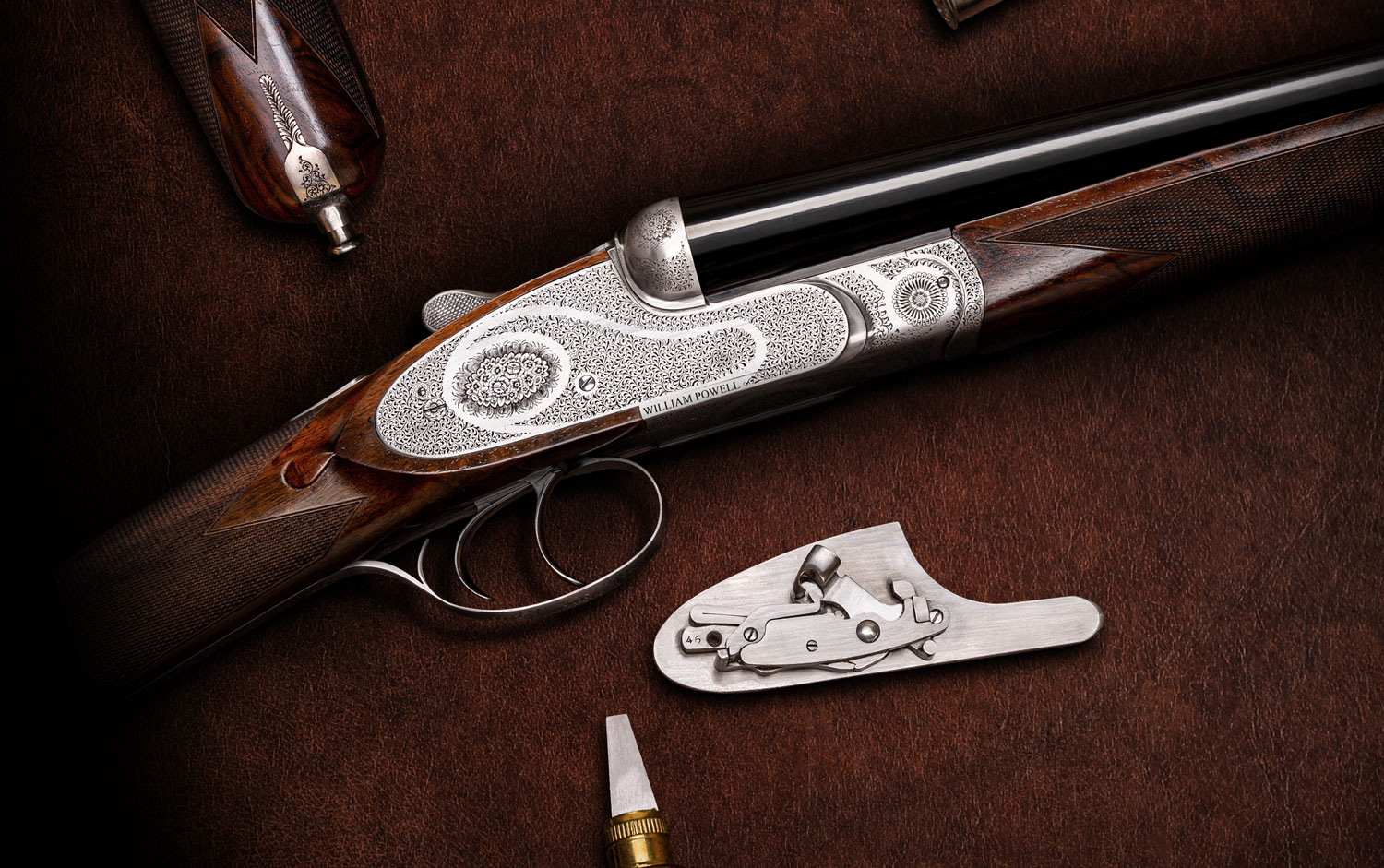 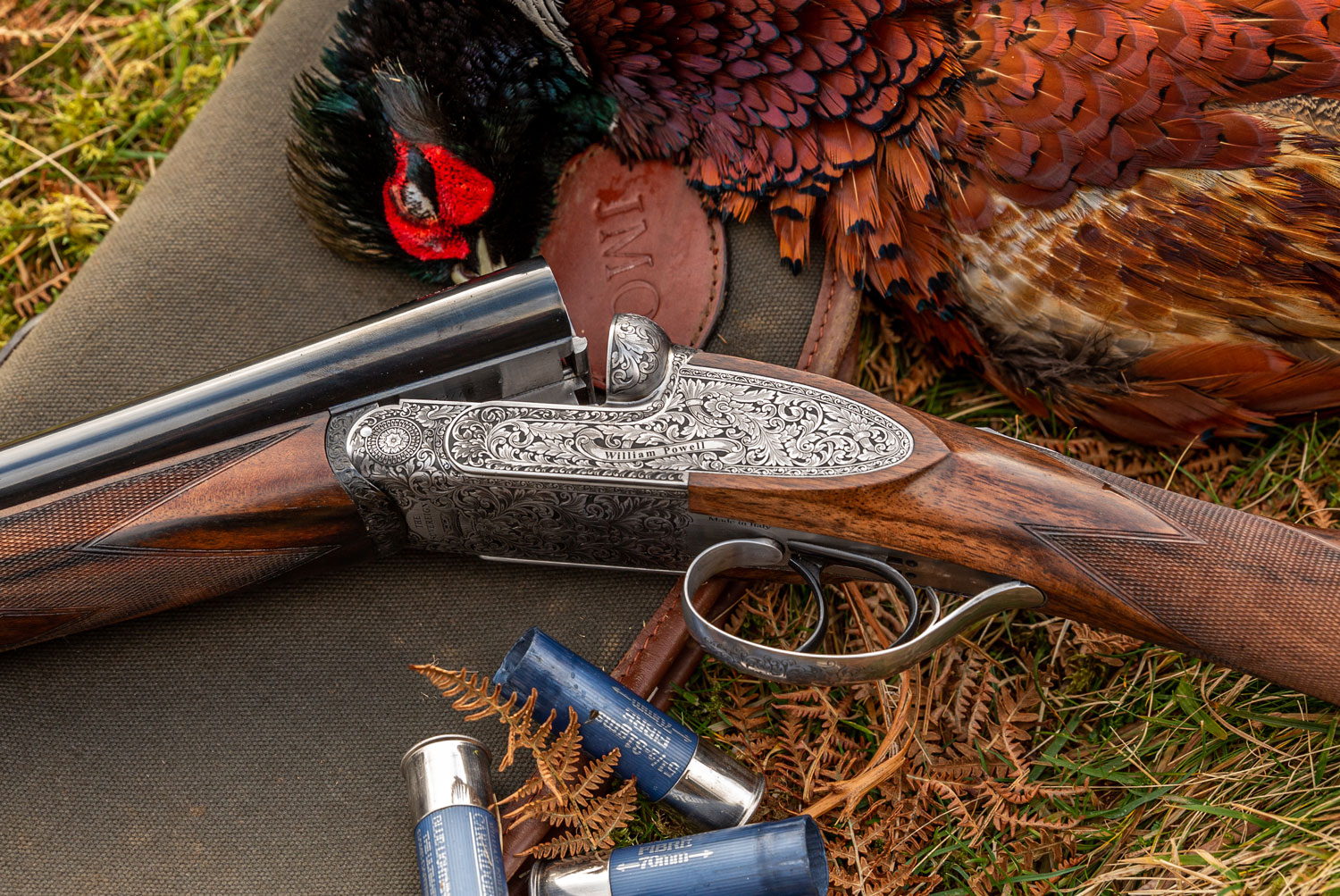 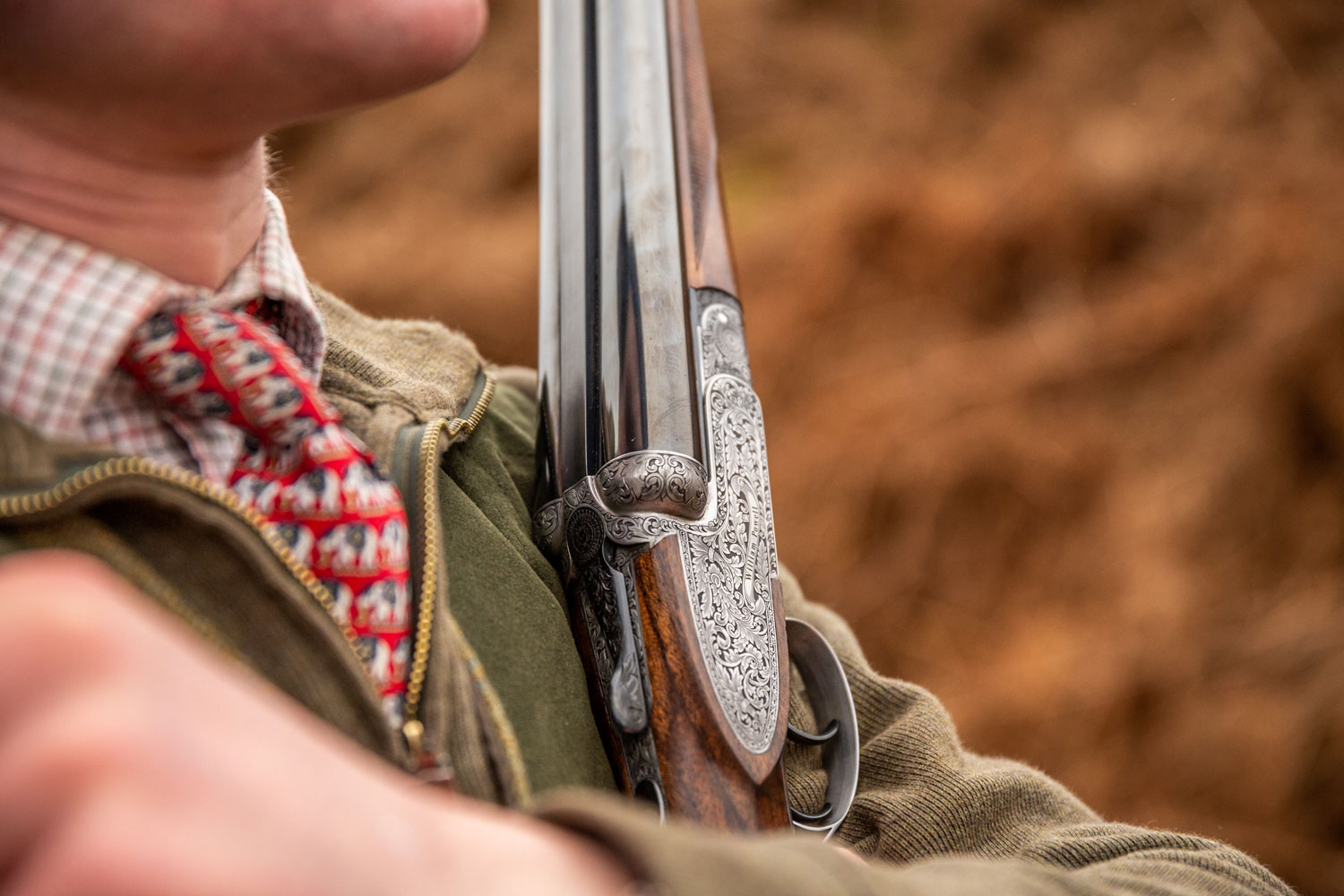 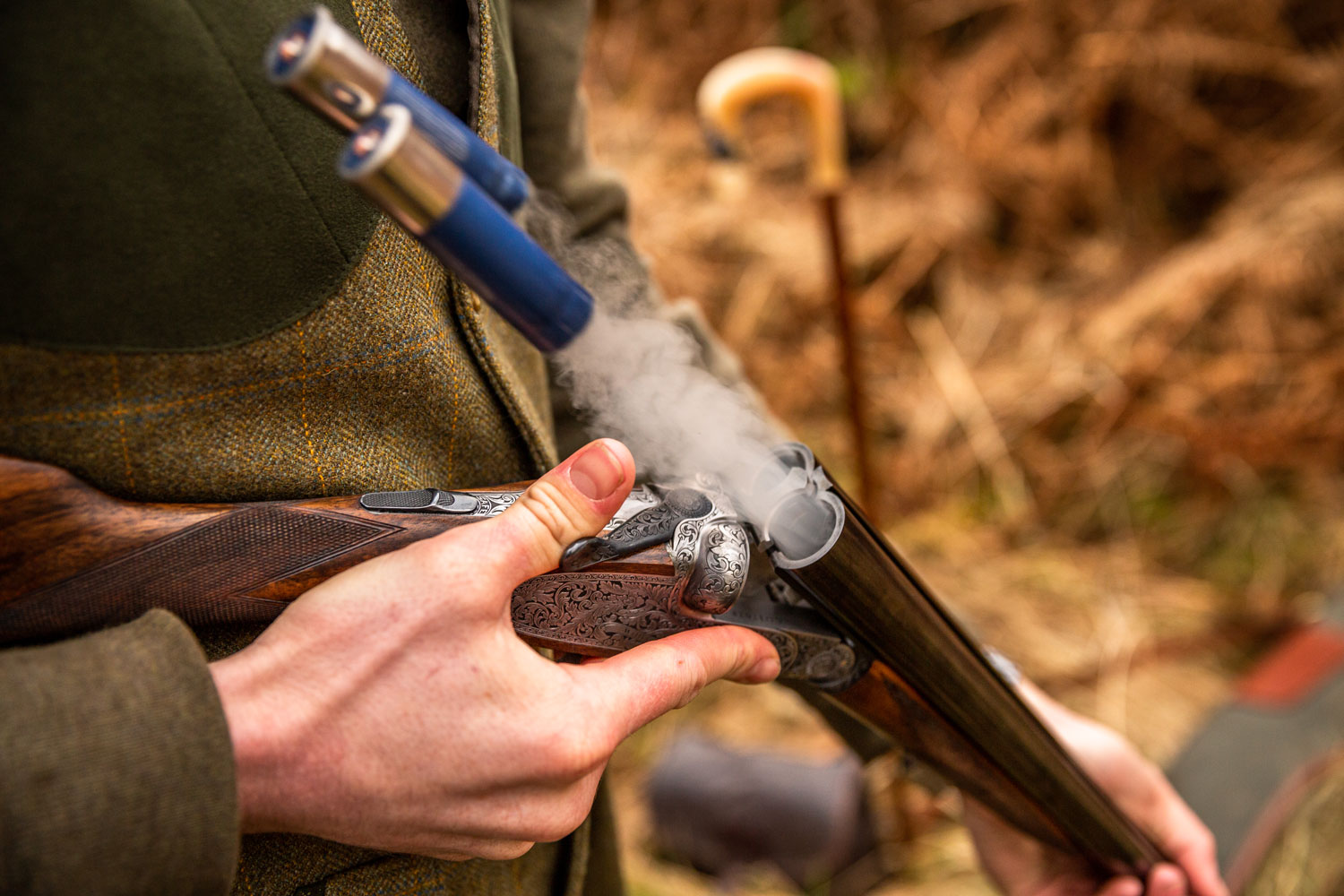 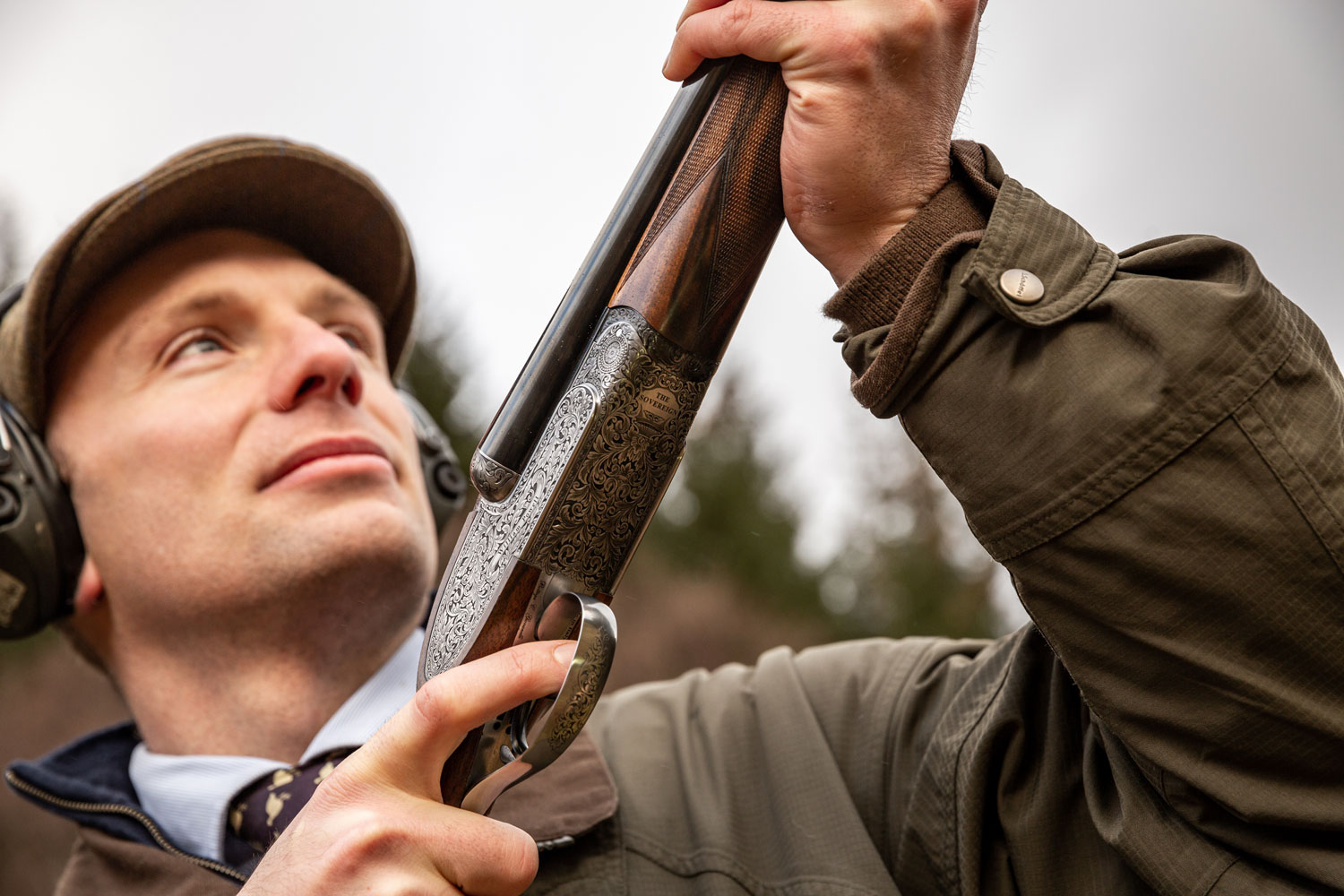 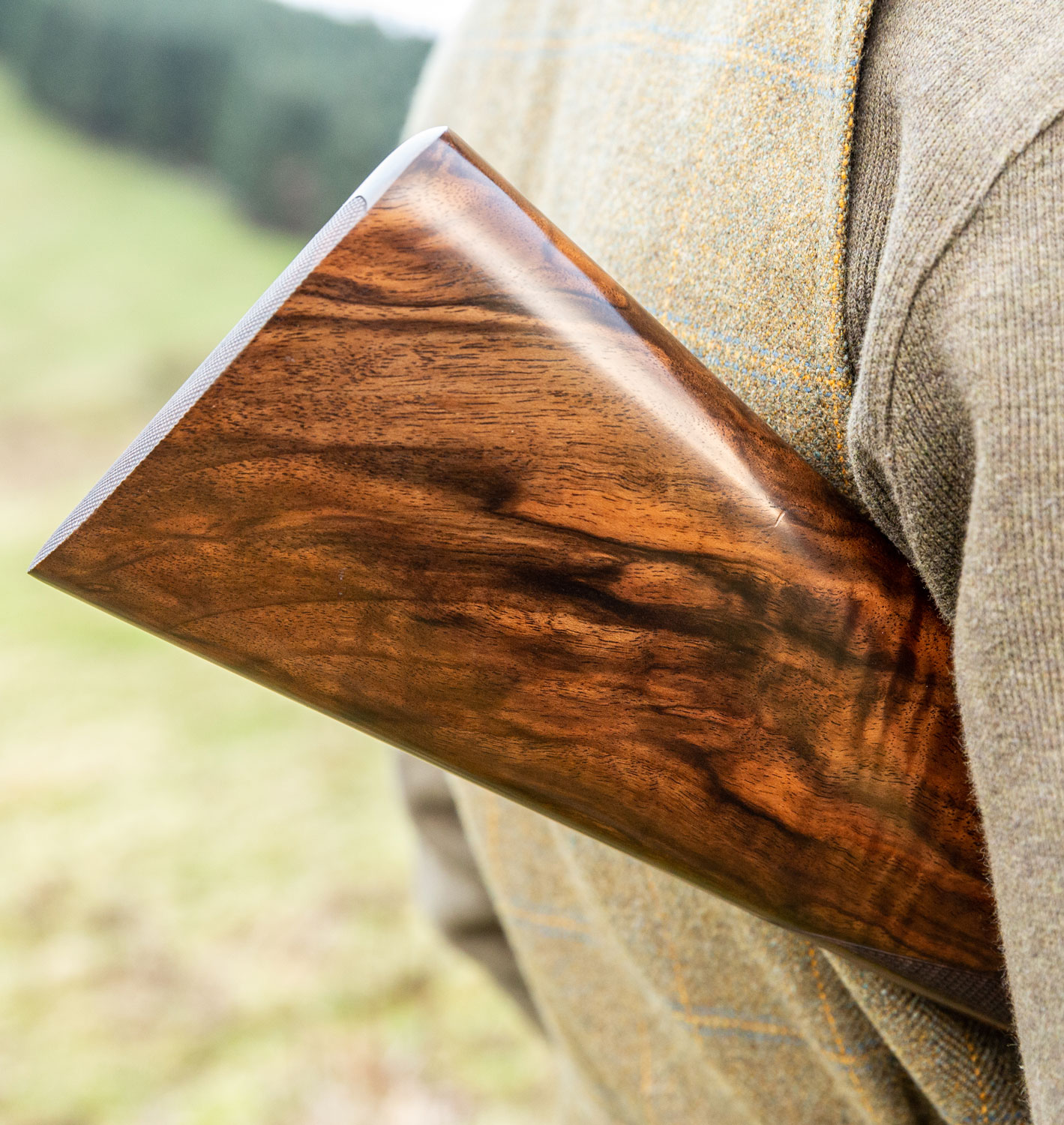 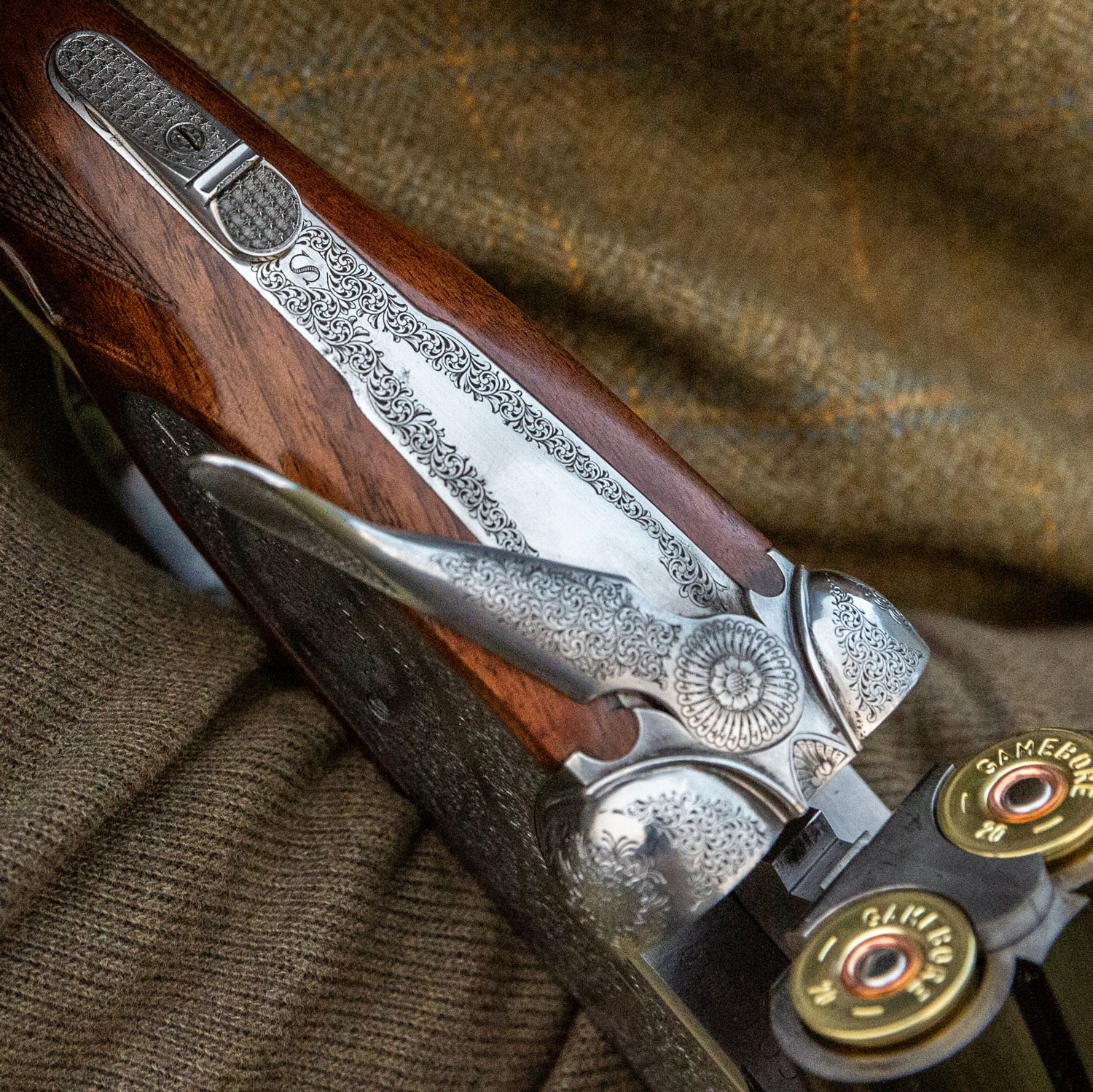 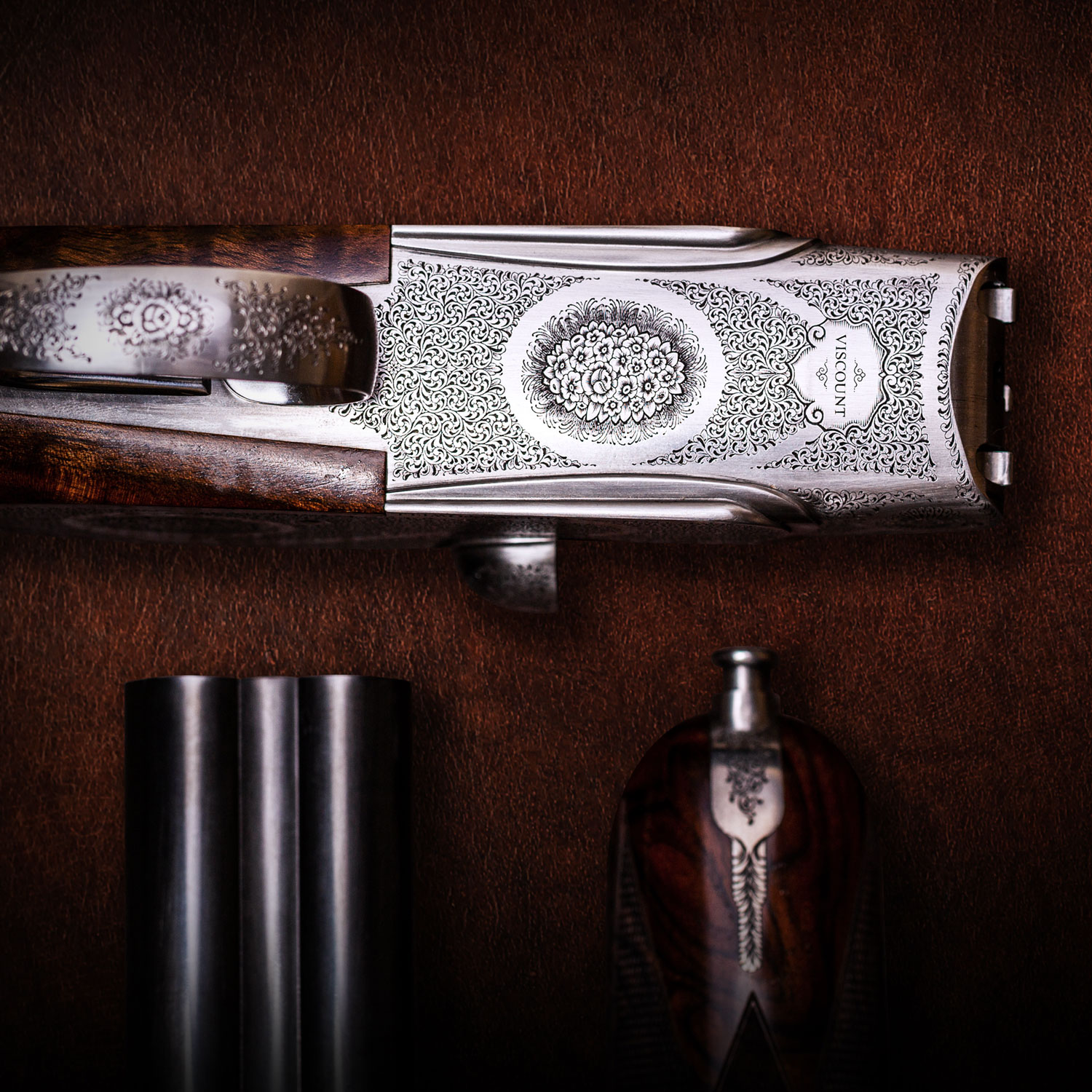 William Powell Ltd is an Introducer Appointed Representative of Ideal Sales Solutions Ltd, t/a Ideal4Finance. Ideal Sales Solutions is a credit broker and not a lender (FRN 703401). Finance available subject to status. The rate offered is always provisional and will depend upon your personal circumstances, the loan amount and the term.

Keep up to date

If you’d like to keep up to date on on our latest gun releases, news and events, as well as any promotions we may have on offer, please signup to our Gunroom newsletter by entering your email address below.

Come and see us in our Banbury Gunroom